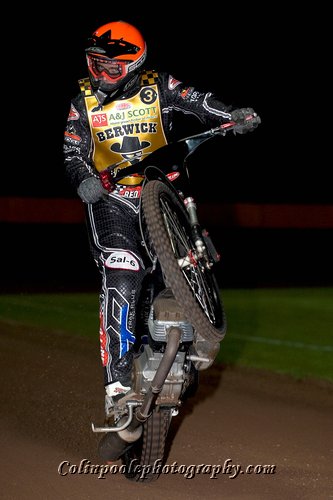 A leading independent homegrown sawmill has announced continued sponsorship of its local speedway team for the new season which gets underway this month.

A&J Scott, based near Alnwick in Northumberland, will once again sponsor the British Premier League club Berwick Bandits as they seek to launch another successful season. The Bandits recently completed their line-up for the season with the signing of Czech Republic international Lubos Tomicek and this season also sees the first FIM (Federation Internationale De Motocyclisme) Grand Prix Qualifier to be held at the Bandits’ stadium following the announcement last month of a 3 year licence to stage top FIM events.

And it’s not just the Bandits going into a new season with excitement. As the 2012 ‘fencing season’ approaches, A&J Scott are anticipating another record beating year as continuing investment in production capacity, product quality and customer service sees the company entering the peak season in better shape than ever to respond to the needs of customers in this competitive environment.

Managing Director Robert Scott said, “We are delighted to continue this partnership with Berwick Bandits and wish the team the best of luck in  the new Premier League season. We are also well geared up for the coming fencing season and looking to strengthen the reputation for quality and service we have built over 50 years.”