A&J Scott were delighted to participate in the recent 14th Children's Countryside Day, organised by the Glendale Agricultural Society.

The company were one of over 65 exhibitors at the event, originally known as the ‘Classroom in the Countryside', held in Wooler, Northumberland. The multi-award winning educational day encourages children, aged between 8 and 10, to grow their knowledge and give them a detailed insight into what life is like in the countryside at all levels.

Over 1650 children from 40 local schools from Northumberland and Tyneside had a day to remember, learning about fishing and forestry, game-keeping and grain handling, sheep shearing and cheese-making.

Speaking after the event, Lord James Joicey, President of the Glendale Agricultural Society, said: “Today has been a huge success, and we have brought the countryside alive to the hundreds of children who have attended. The Children’s Countryside Day spreads the messages of this fabulous rural county; whose principal industry is agriculture and farming."

Event Manager, Rachael Tait said: “We have had the most fantastic record-breaking day in more ways than one. In a single day, more children than ever before have attended, we have had more educational exhibits than ever before, and we have had an unbelievable amount of support from sponsors and volunteers.
In organising this day in the countryside of Glendale, our aim as an agricultural society, is to help to educate the next generation of children from across the North East. We want to give them to opportunity to meet with the makers, the farmers who produce their food, and the people who look after the countryside environment such as the rivers, the land and the forestry."

For further information about the Glendale Agricultural Society and the Children’s Countryside Day please click here. 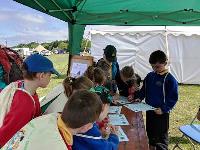 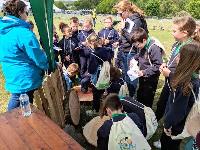 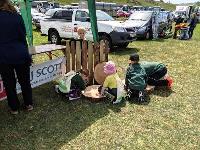