Raising the bar at AJS!

Progress continues in the construction of the new bandmill line at A&J Scott. Further developments have seen the walls and roof of the building completed and this week saw the installation of the overhead crane which will facilitate tasks such as blade changes and movement of equipment into the saw doctor workshop, maintenance tasks and occasional movement of oversize timbers.

Preparations will continue inside the building in readiness for the mill equipment itself being installed during the autumn. 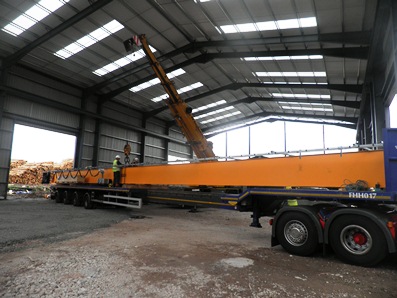 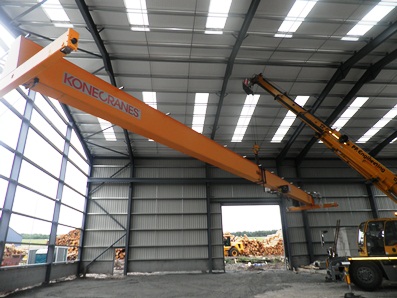 Preparations continue apace for for installation of the new EWD bandmill at A&J Scott.

With the site cleared and foundations in place, construction has progressed well and the building which will house the new production line is taking shape. Within the building, foundations for the bandmill itself are being readied for the installation. The bandmill machinery itself will weigh a combined 24.5 tonnes, with the carriage weighing in at 11 tonnes and the saw at 9 tonnes. The completed installation will stand almost 8 metres high.

Watch this space for further news! 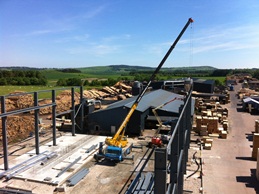 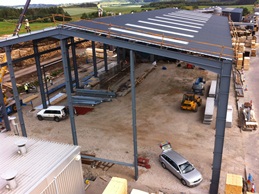 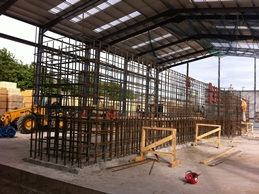 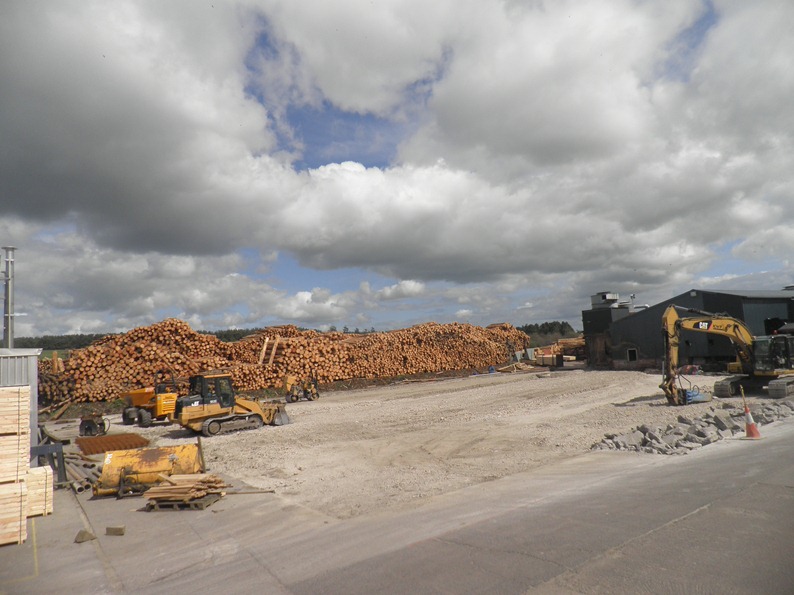